Thanks everyone, as it's good to know I'm on the right track. Up till now, I'm very happy with all the additions and changes

However, I'm now undecided about the caliper colour :? No comments on it needing a wash, it was spotless on saturday afternoon 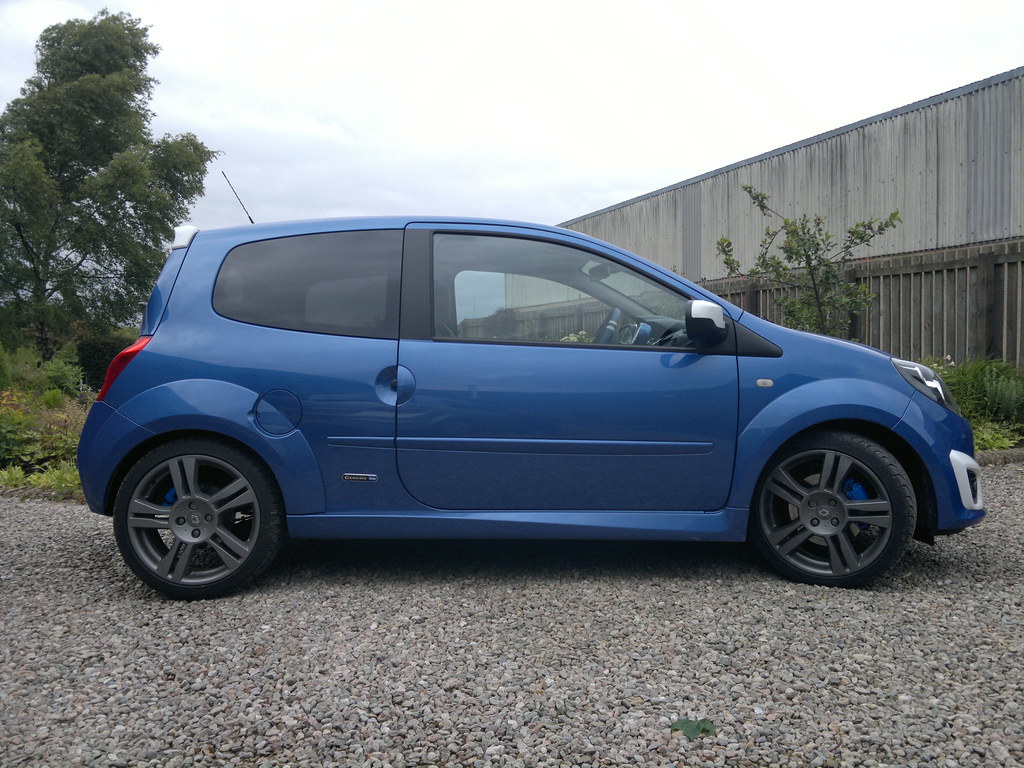 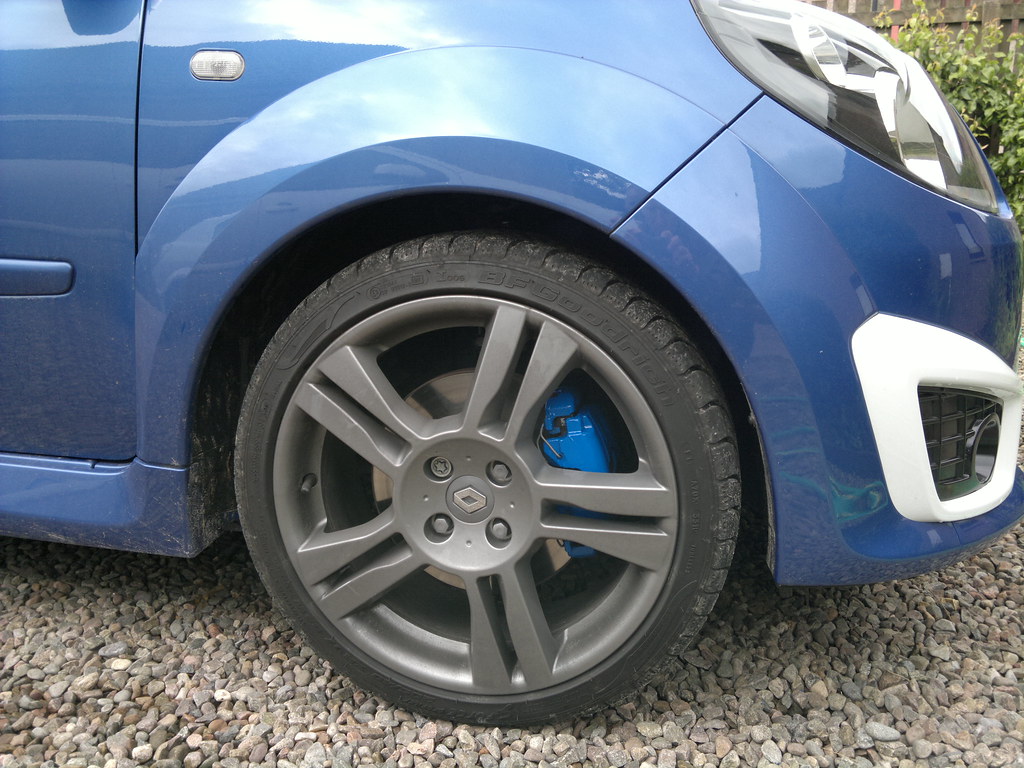 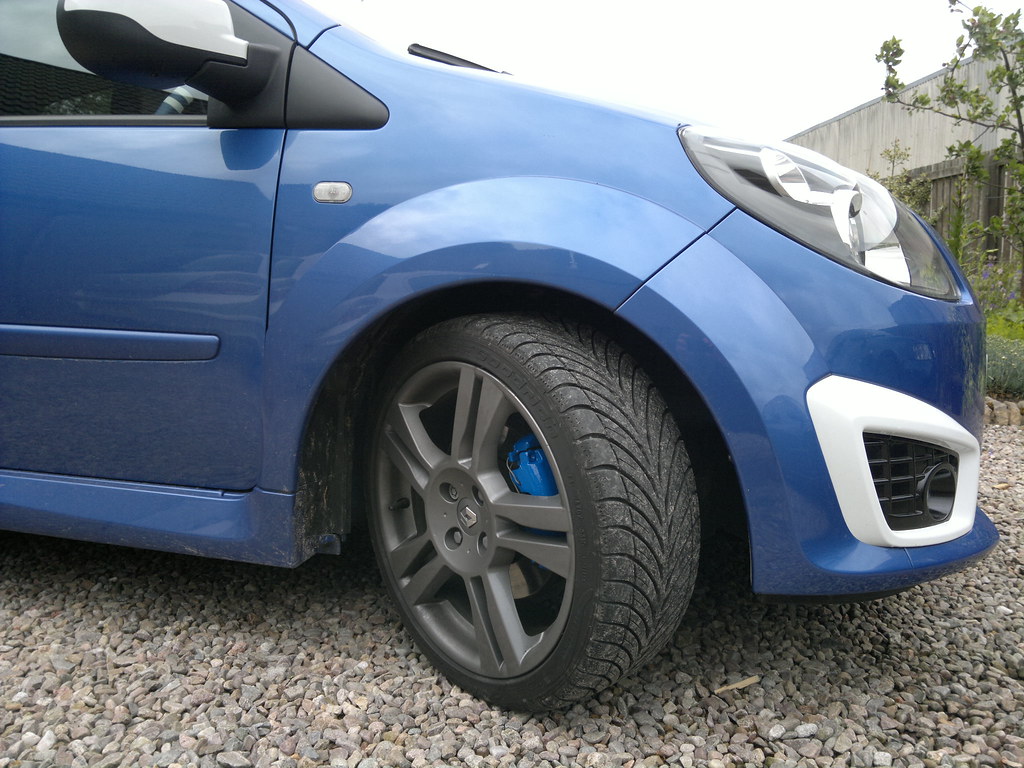 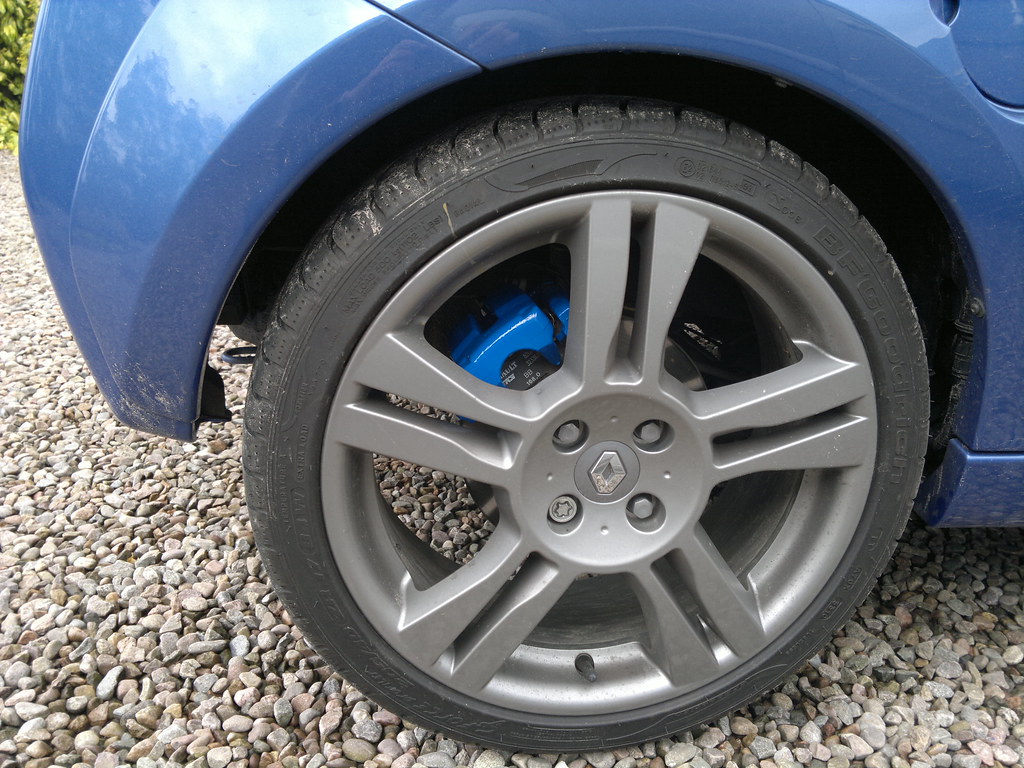 So, before I paint the other side, stick with blue, or go for black instead.

looking good mate! some nice subtle mods. loving the exhaust! blue calipers for me
A

Some great mods on the car I must say. I'm really liking the blue silicon hoses under the bonnet.

I'm just in two minds about the lack of Gordini wheels. It looks great side on with the calipers being blue but when I catch a glimpse of the white bits against the anthracite wheels, I'm not so sure.

I'd say stick with the blue callipers too. They look pretty awesome.

I was going to paint the passenger side calipers blue this afternoon, but got a bit carried away.

Intake scoop - version 1
Firstly I made up a mould from some cavity wall insulation foam, as it is easy to shape. Then wraped it in a layer of cellotape to act as a release layer, before fiberglassing. After destroying the mould to remove it, this is the result 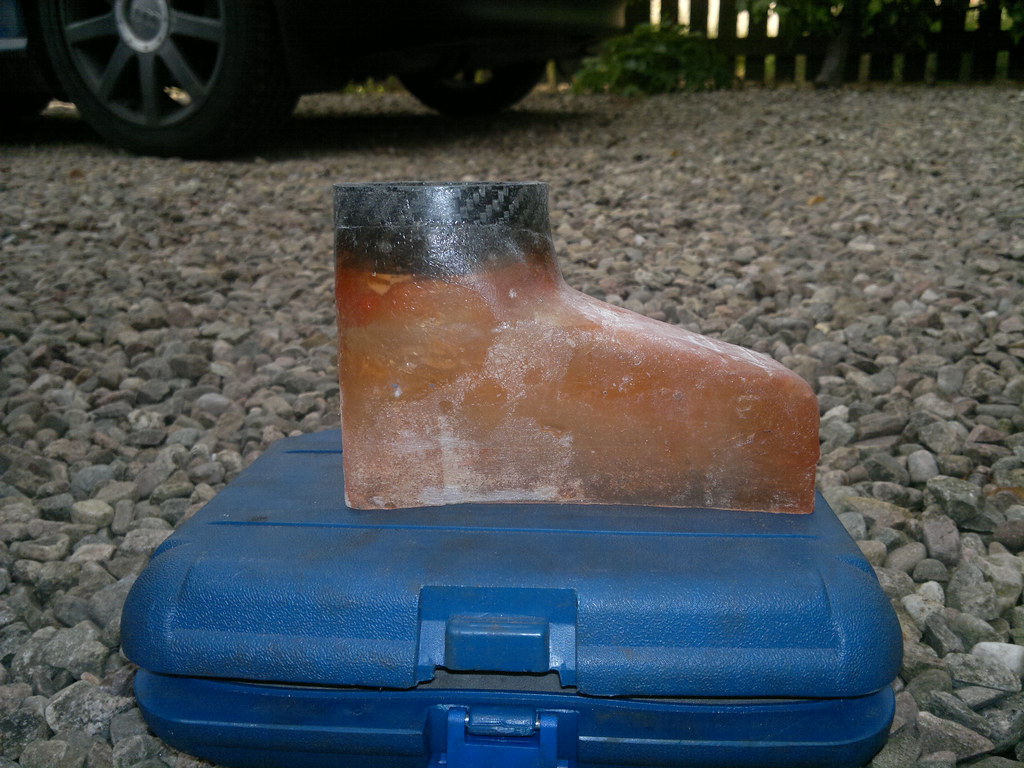 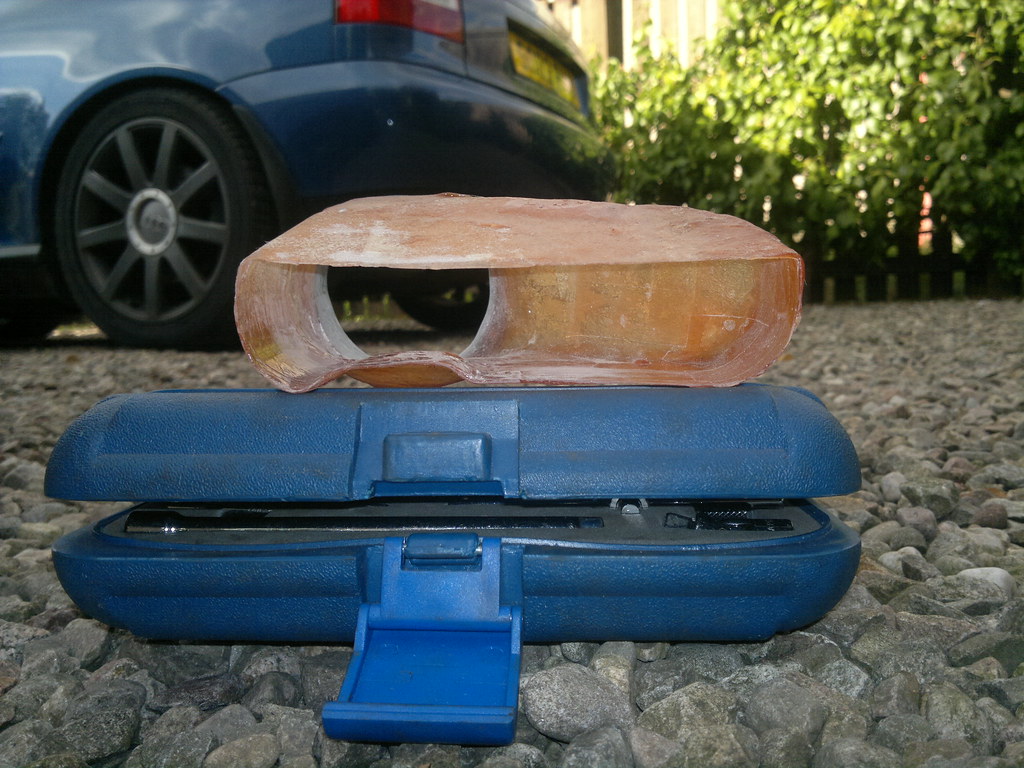 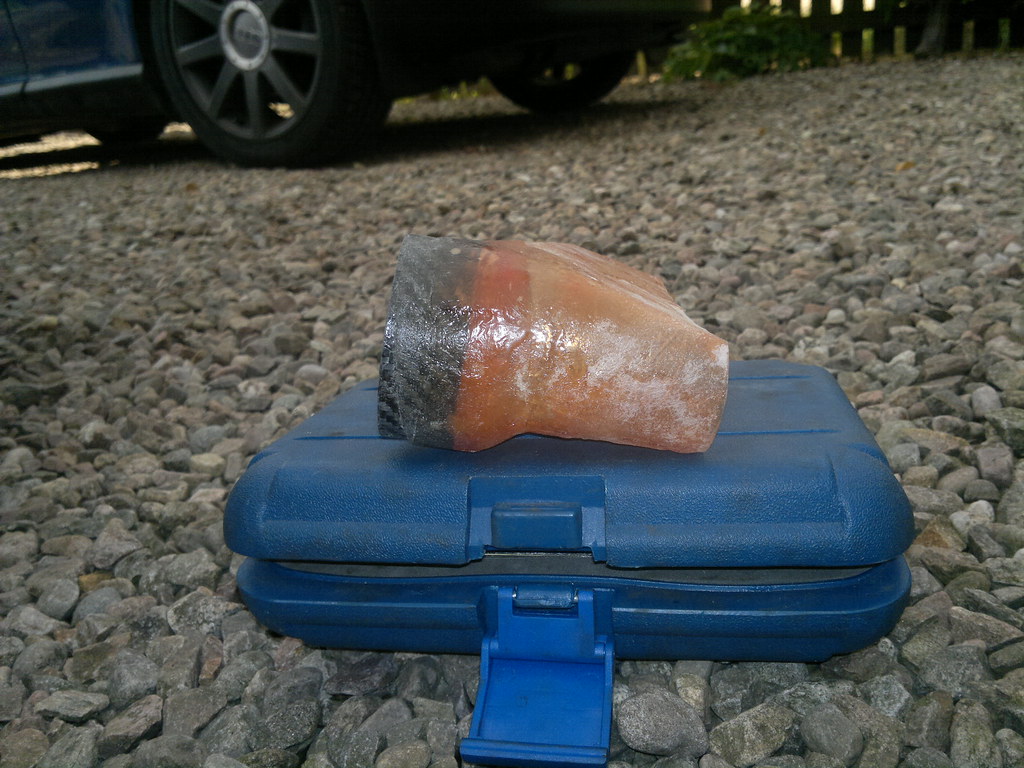 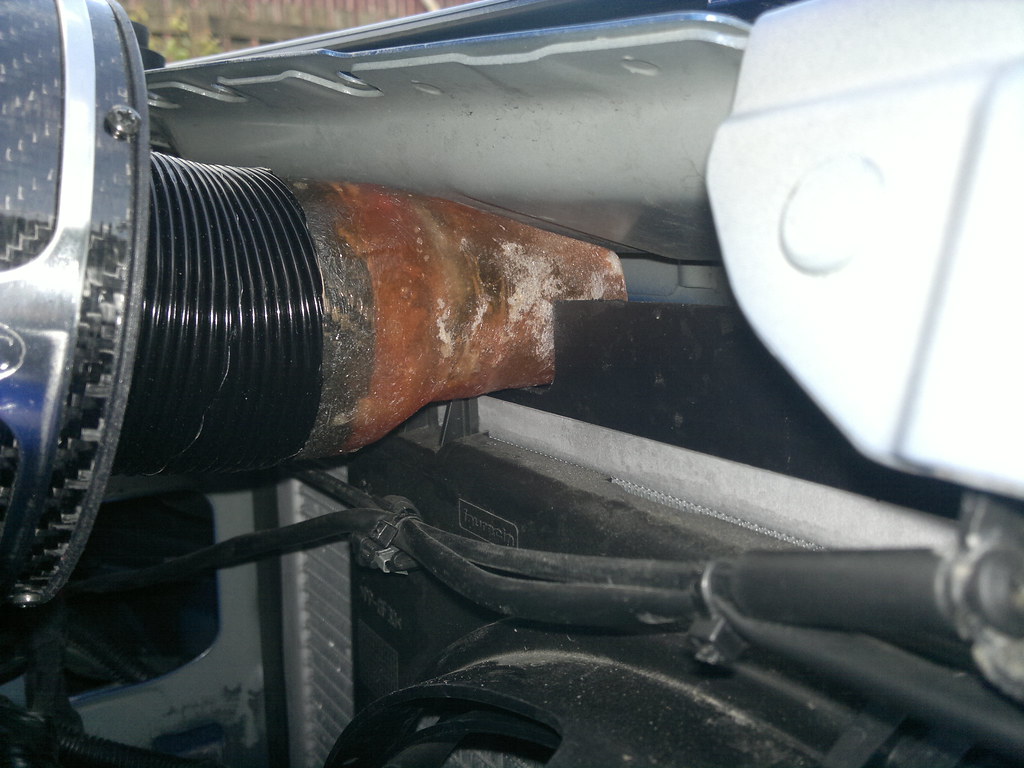 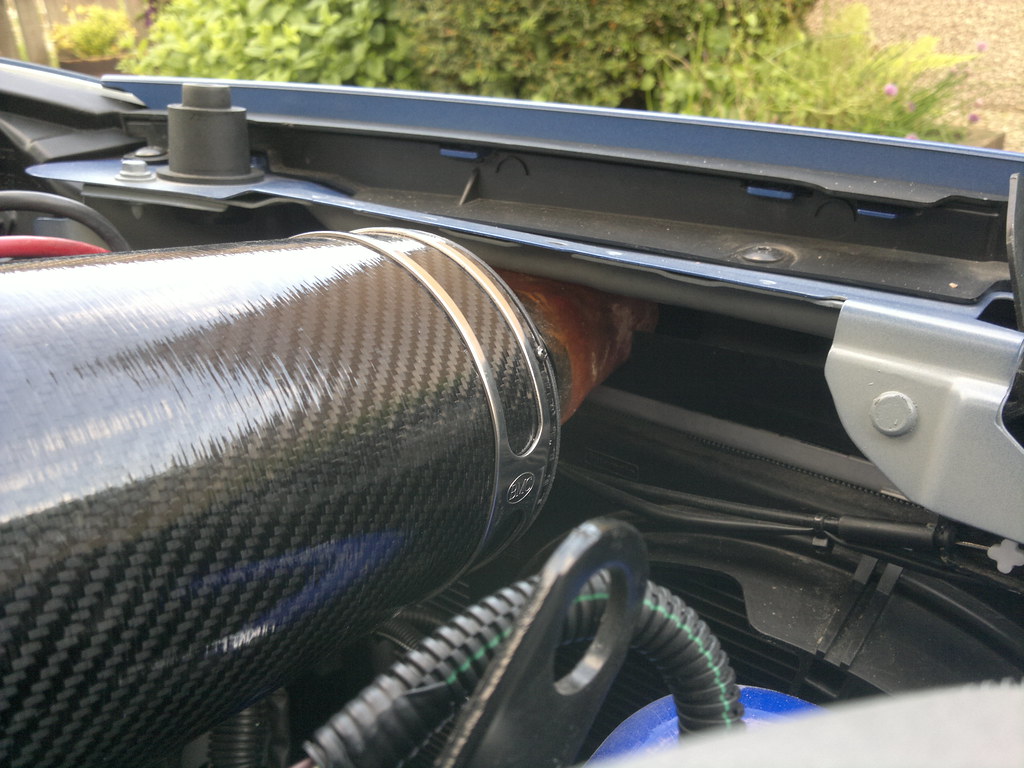 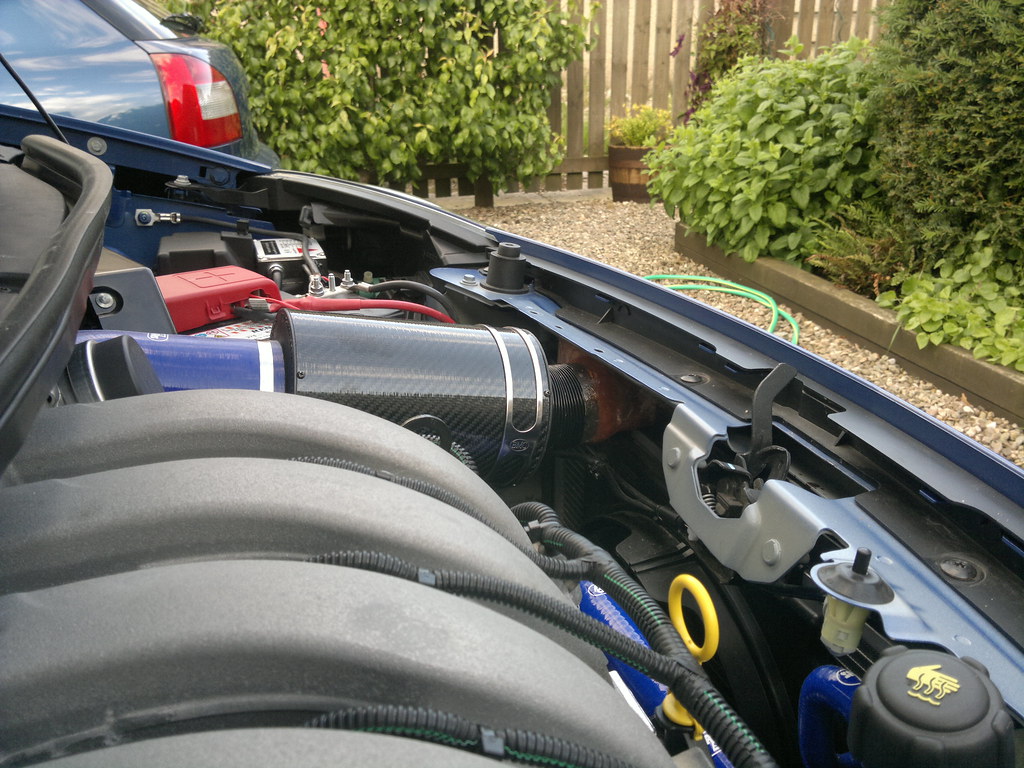 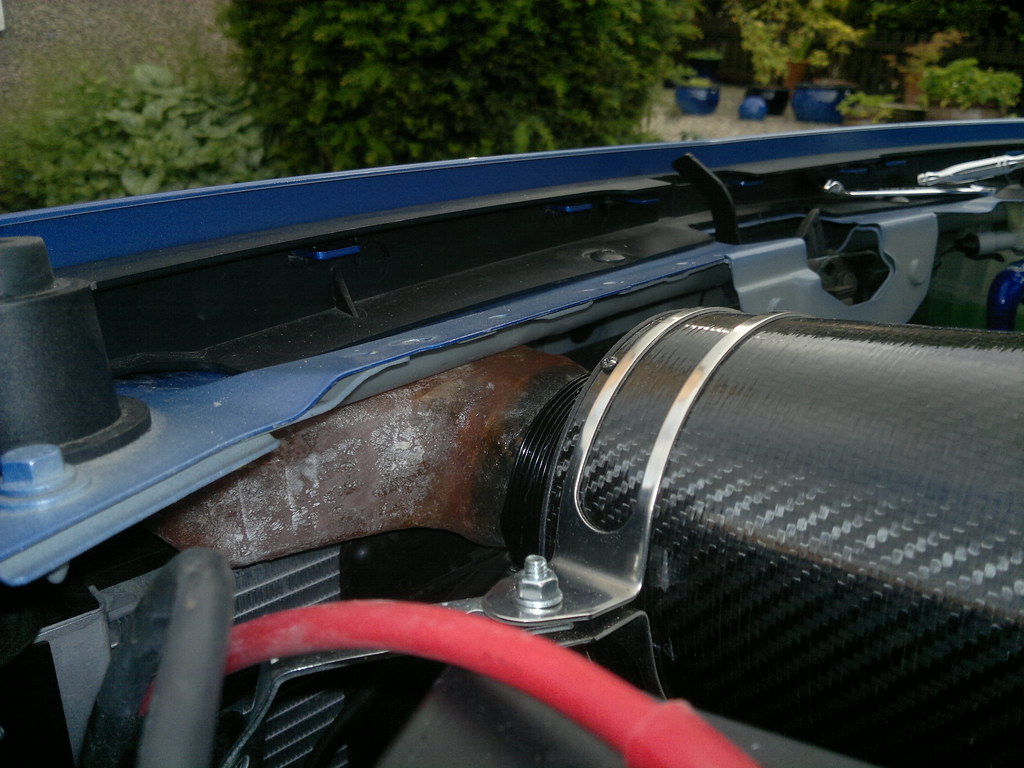 A few more layers of fiberglass required, and make up some attachment lugs, to bolt onto the slam panel

Looking good mate! Wish I had the cash to make some decent changes to mine!

:lol: you leave it till now to mention it This morning, I painted the passenger side blue as well

Front section of the exhaust, to complete the catback system 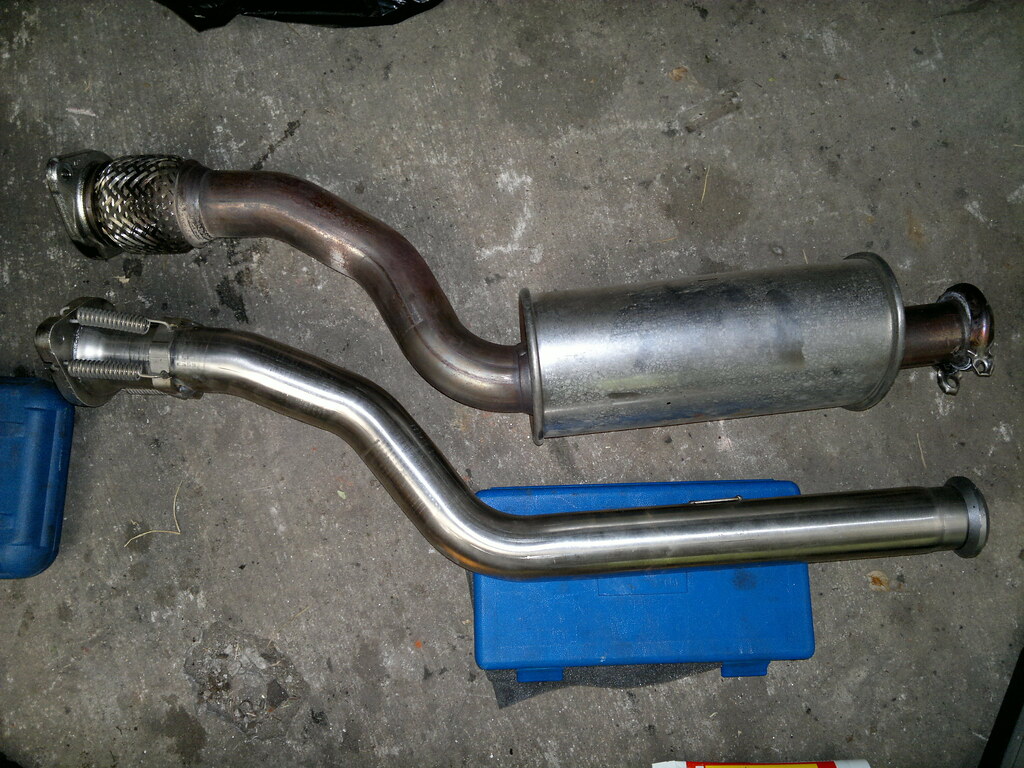 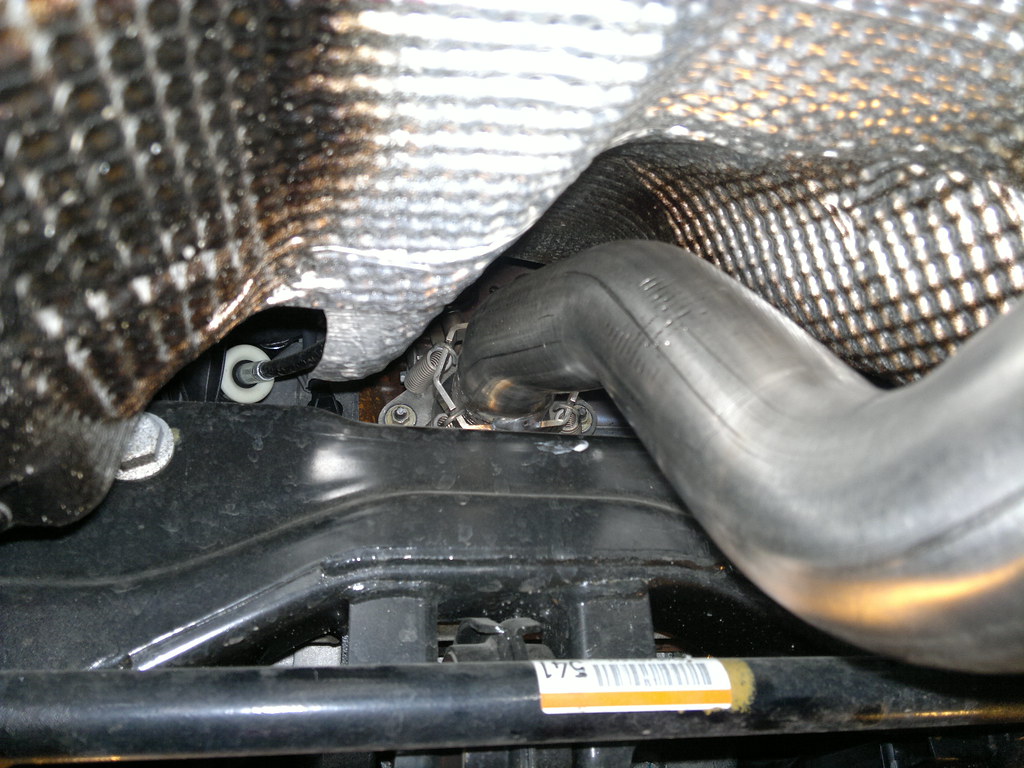 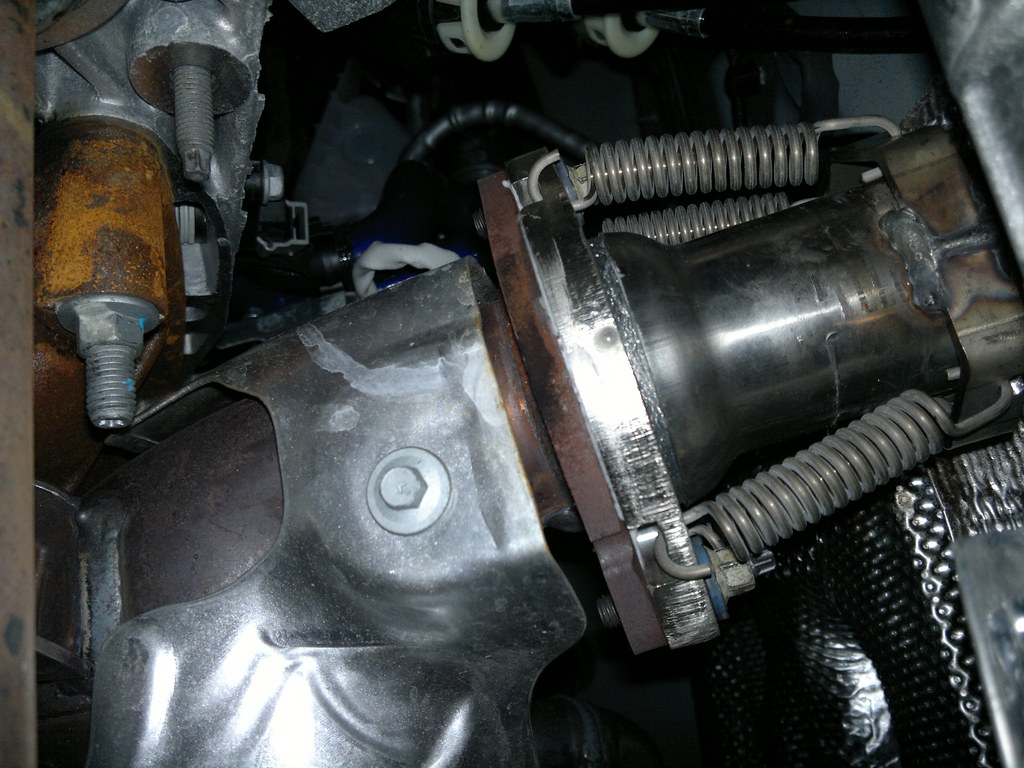 Really thinking about one of the Supersprint for my self now .

Paul wasn't too happy when he asked what fuel I was running and I said 95. Most of the cars he maps are on a minimum of 97, more often ultimate something or other. My reasoning being, there wasn't much point putting in a tank of good stuff especialy for mapping, as many of our remote garages only have 95 avaliable.

The car has always been a bit flat and hesitant low down in the rev range, which Paul picked up on straight way and managed to get another 24lb/ft straight away, with 32lb/ft on the final tweek, which is 40% up 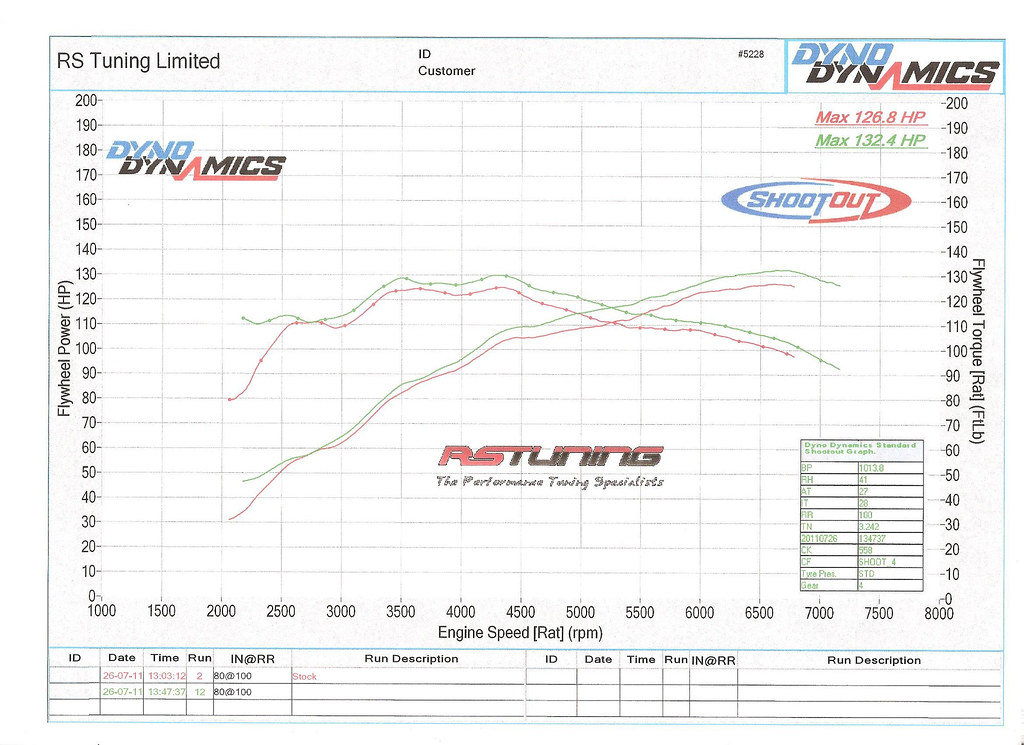 It's not a huge increase in power overall, but it is certainly nicer to drive, which counts for more than top end figures

To highlite the reason for running 95 petrol, heres a pic of my overnight hotel whilst on the way back :lol: 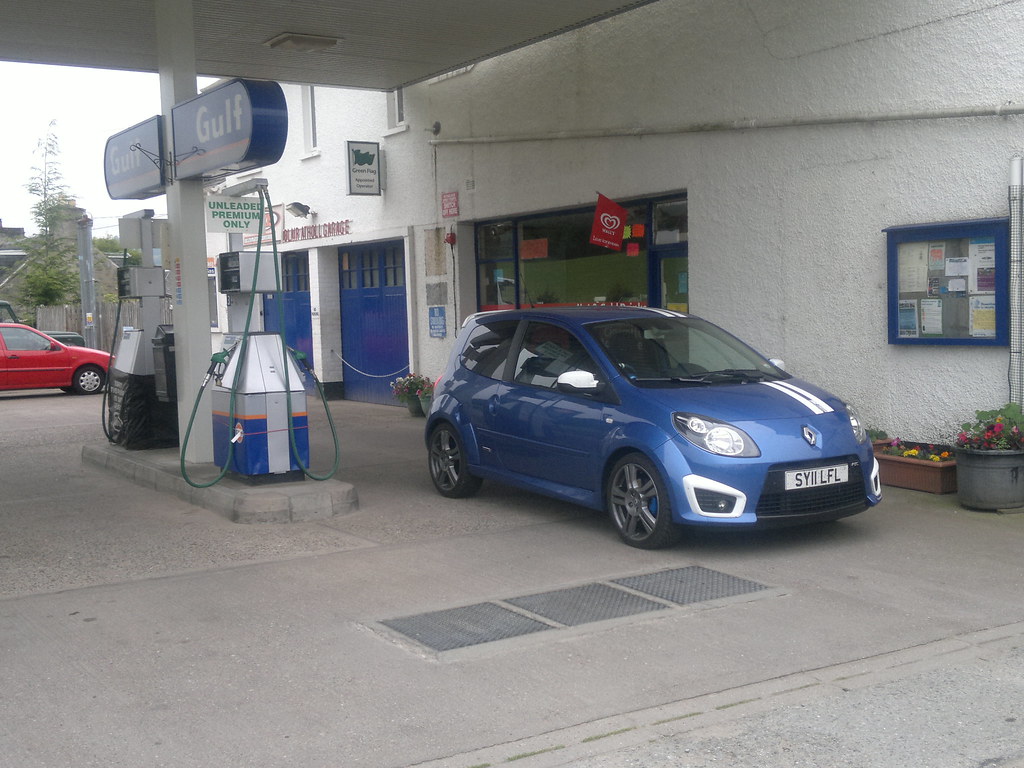 I had decided to do the tourist route up from Stirling, but then realised all the petrol stations were closed. Nearly 30 miles after the boing sounded and the red light flashed, I gave up on finding a 24 hour station and chickened out at Blair Athol for an overnight wait. At least the back seats are comfy . 38.8 litres put in, with only a choice of diesel or 95, which means if I had pressed on, I would probably have run out before getting to Aviemore.

Finished scoop
It took two attempts to get an acceptable result. The first one was stuck in the mould and had several areas where the resin pulled away when it was forcibly removed... Serves me right for scrimping on the release wax and PVA. Also, I missed a bit with the second layer, so it was a bit bendy. 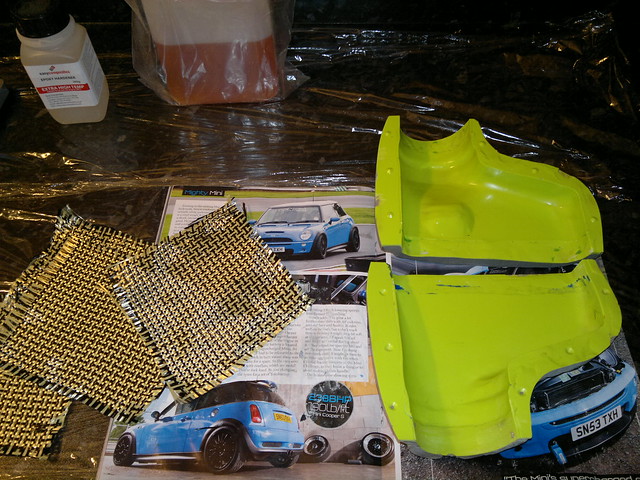 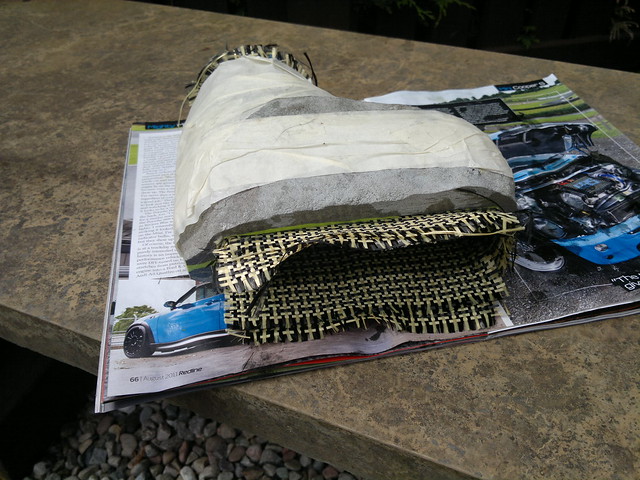 With 3 or 4 layers of carbon/kevlar and lined with a layer of glass tissue, laminated with resin that's good for 180deg, the finished item is certainly built to last, but tips the scales at 115 grams 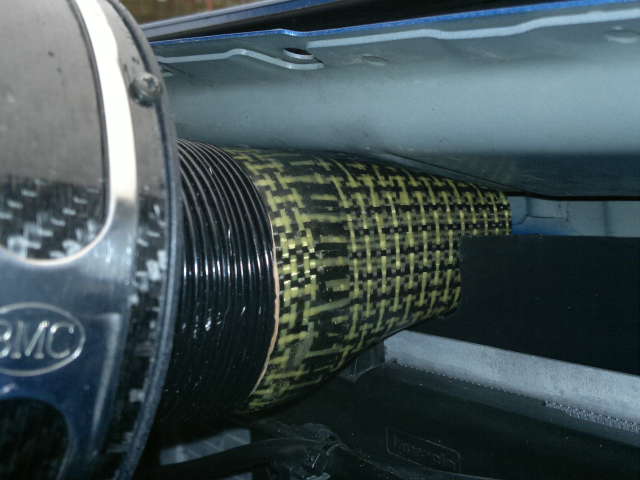 Making the mounting bracket proved to be a bit of a nightmare, but turned out reasonably well, except for the direction of the weave 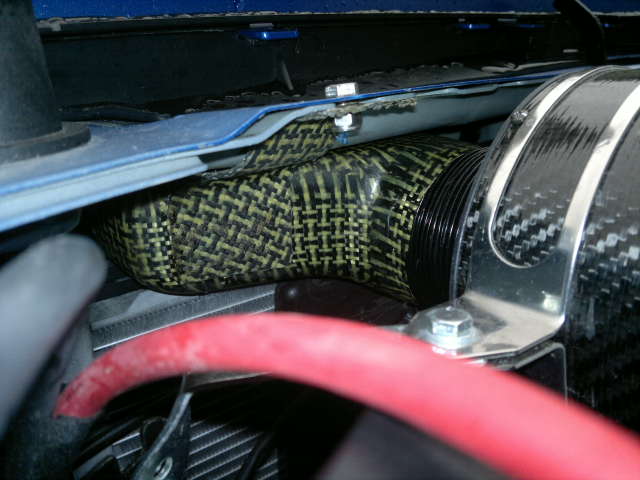 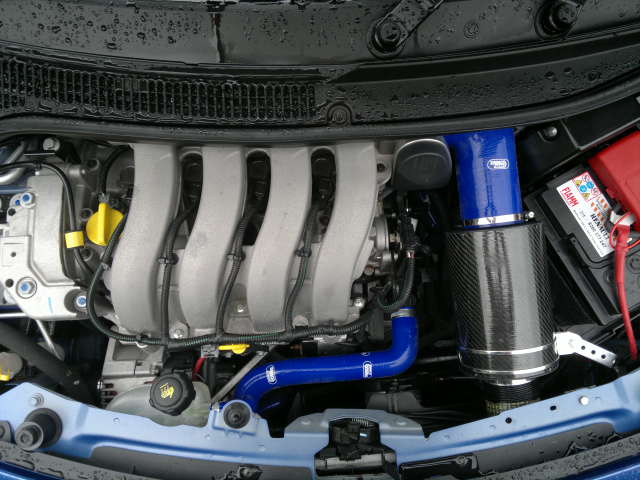 Looking up inside the front bumper, at the oval hole for the original and the new scoop 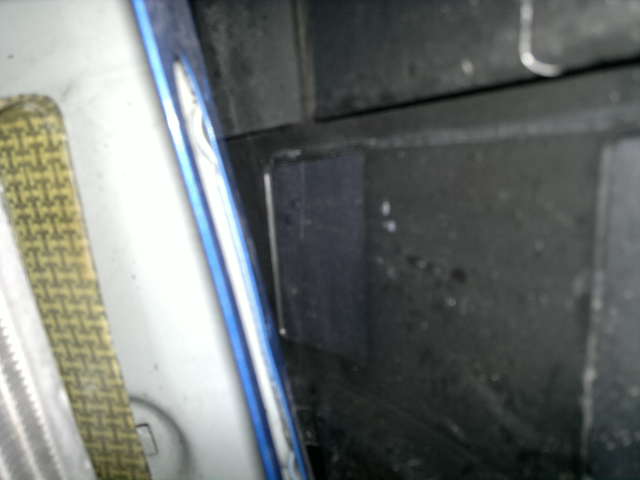 Thats came out looking really smart, I do love the colour of carbon/kevlar .

no chance you had it rolling roaded before any of the mods?

weebob":1nkncczy said:
no chance you had it rolling roaded before any of the mods?
Click to expand...

All in chronological order :|

The revised/finished scoop should flow a little better than the Mk1, as I have smoothed out the transition area into the pipe and the lump to clear the radiator fan mounting is smoother too. In reality, I doubt it would make much difference to performance between Mk1 and now.

Well, I have had a change of heart about the alloys, not for them being multifit, but the offset. I'm fairly confident that they would fit, however, I'm worried that going from ET55 to ET35 was going to cause problems with the performance of the front suspension, how it steers and reacts to changes in road surface and bumps. I probably wouldn't notice over winter, but shod with something sticky, it could prove to be horrendous

Register today and take advantage of membership benefits. It's FREE!

Enter your email address to join:

Did you know that registered members can turn off the ads?

Enter your email address to join:

Thank you! Please check your email inbox to continue.
There's already a member associated with this email address. Please log in or retrieve your password.
Already a member? Click here to log in
Top